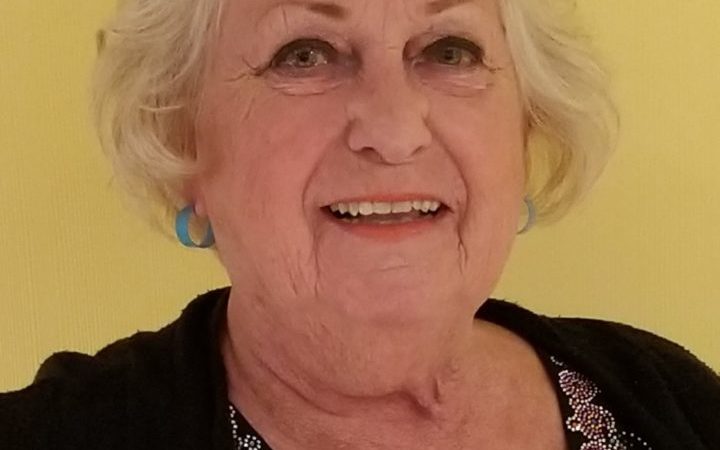 Jackie was born an only child in Atlanta, Georgia, moved to Nashville in the 7th grade and to south Florida in the 8th grade.   South Florida was a veryexcellent place to be a teenager.  She really enjoyed my teen years. She married at 18, and soon afterwards, her  husband was drafted.  It ended up being an
opportunity of a life time because she was stationed in Germany for 3 1/2 years.  she was lucky enough  to travel throughout Europe.  Her  son was
born in Germany and daughter in Jacksonville, Florida when she returned to the USA.

She worked as a legal secretary for the beginning on my career, then moved on to radio and TV (both behind the scenes).   At 40, she divorced and then
started her own electric sign company with her 16 year old son. It was very much a man’s field, but she proved to be very
successful. She remarried in 1998.

Jackie retired  and moved to the Villages when she was 60. She wasn’t one of the fortunate people who received a gift certificate for a lamp post sign, so she
had her son make me one and then everyone wanted one.   So with a little of the equipment she brought with her from the sign company, she started
Signs By Jackie with her  son-in-law. Her daughter was working in sales  for the Villages, but quit her job and joined her sign business. It did well and now has 9 people.
here and we now hire 9 people. She retired from that job 4 years ago at the age of 70 giving that business to her children.

One day, a friend took her to Gilded Matilda’s, and now it sparked her inner artist!  She spends most of my time making things for Sandy’s beautiful store.    Maybe she
will retire from that at 80. Lol! 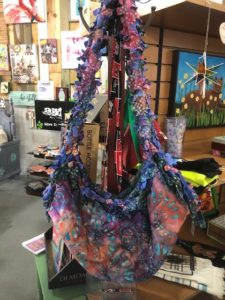 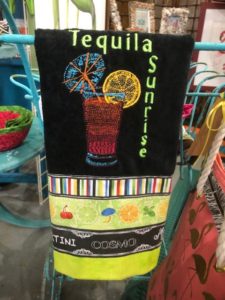 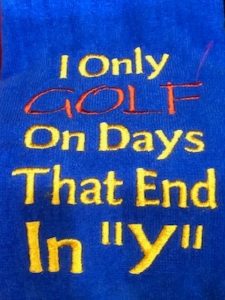